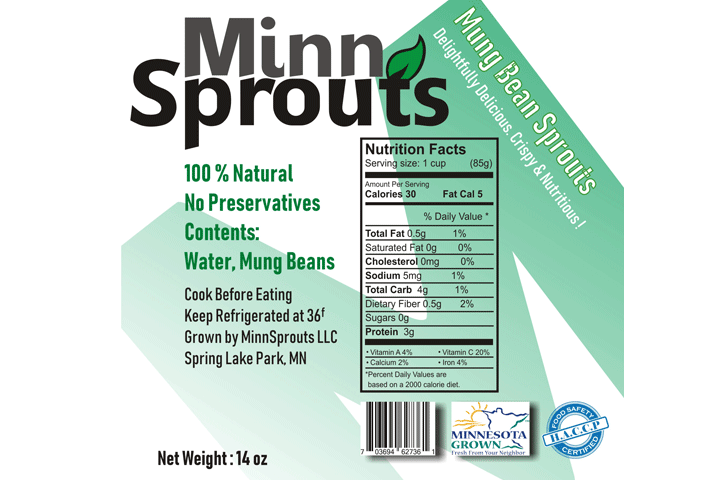 Mung bean sprouts (also known as green gram sprouts) are widely used in Korean cooking in making side dishes, soups, stews, dumplings and many more dishes. Then are very similar to soybean sprouts but yellow heads are not as pronounced as soybean sprouts. They tend to be shorter and a bit fatter than soybean sprouts.

Mung beans are the most common and easily available type of sprouts. They feature largely in Asian cuisines and have a sweet, nutty flavor and crisp texture. Uses include adding to cooked dishes at the end of the process. These thick-stemmed sprouts can withstand several minutes worth of cooking. Mung beans sprouts can be stir-fried or cooked in traditional Chinese dishes like chicken chow mein and chop suey, or eaten raw in salads and sandwiches.

The benefits of mung beans are those associated with all bean sprouts. They contain the dietary necessities of fresh vegetable protein and fiber, as well as C and B vitamins. Soybean sprouts also confer the same protective benefits as other soy products like tofu, tempeh, soy milk and soy sauce.

The crunchy and delicately sweet bean sprouts are a good source of protein, vitamin C and folic acid. They’re also high in fiber, making them a great way to add some crunch to your spring salads.